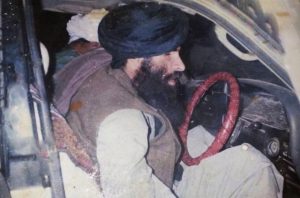 A search has been ongoing to find the grave of Mullah Mohammad Omar, the supreme leader of Taliban, in southern Zabul province.

Mohammad Anwar Ishaqzai, governor of Zabul province has told VOA news that there hasn’t been any improvement but the search is in progress.

He did not specifically said who is looking for Mullah Omar’s grave but VOA quoting sources say that those looking for it are associated with the National Directorate of Security (NDS) – Afghanistan’s intelligence agency.

There are rumors that if Mullah Omar’s body was brought into Zabul province, he would have been laid to rest in Shinkay or Nawbahar districts where several Taliban commanders have been buried.

Atta Mohammad Haqyar, head of Zabul’s provincial council has told the news agency that there is cemetery is Sarkhogan area of Shinkay District where some senior Taliban leaders have been buried.

He added that this area has a special importance for Hotak tribe and Mullah Omar was from the same tribe.

Conflicting reports were published on the death of Mullah Mohammad Omar. Some suggested that he died in a hospital in Karachi city of Pakistan but some others stated that he never lift Afghanistan.

Mullah Omar’s family has also not said anything regarding his death and where he would have been buried.