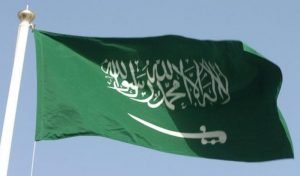 The Taliban militants receive financial support from the Saudis as the insurgency led by the group has entered to its 15th year with the group intensifying attacks since the Afghan forces took full security lead last year.

A former Taliban finance minister has told The New York Times that he traveled to Saudi Arabia for years raising cash while ostensibly on pilgrimage.

A former State Department adviser Valid Nisar also told the paper that the Taliban have also been allowed to raise millions more by extorting “taxes” by pressing hundreds of thousands of Pashtun guest workers in the kingdom and menacing their families back home.

The move by Saudis to financially support the group comes in contradiction with the Kingdom’s move to pursue the group to participate in peace talks with the Afghan government.

According to the Times, the Saudi intelligence once covertly mediated a peace effort that Taliban officials and others involved described in full to The Times for the first time.

Reports regarding Saudis support to Taliban come as the top US commander in Afghanistan General John Nicholson earlier said the Taliban connections to Russia and Iran are not advancing the cause of stability in the region.

Both Iran and Russia are concerned regarding the presence of ISIS loyalists in the country and have been allegedly helping and arming the Taliban in a bid to contain the influence of ISIS affiliates in Afghanistan and prevent it from threatening neighboring countries including central Asian states.