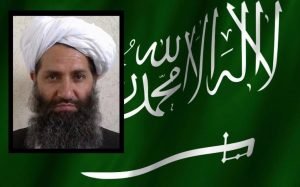 The Kingdom of Saudi Arabia and the Organization of Islamic Cooperation (OIC) have reportedly declared all armed groups as terrorists and urged the Taliban group to recognize the Afghan government and participate in political process through peaceful negotiations.

Pakistan’s Daily Times newspaper reports that it has seen the invitation letter sent to scholars in Pakistan and Afghanistan in which all armed groups in Afghanistan have been declared terrorists.

The source further adds that the letter is signed by Yousef A Al-Othaimeen, OIC secretary-general and a former Saudi cabinet minister.

The invitation says that the main purpose of the conference is to reject the “erroneous interpretations of Islamic views by terrorist groups operating in Afghanistan”.

“From this platform, we call on all armed groups to shun terrorism, recognise the Afghan government, sit at the negotiation table and participate in political process,” contents of the letter said, adding the progress and development of Afghanistan are seriously impeded by the activities of violent and extremist groups, illegal armed groups and criminals.

This comes as the Kingdom of Saudi Arabia will host an international conference of the religious scholars in coming days regarding the ongoing war in Afghanistan.

The Afghanistan High Peace Council officials are saying that religious scholars from 37 countries have said that they will participate in the conference.

Taheri further added that the conference will be organized with the support of the Kingdom of Saudi Arabia and the Organization of Islamic Cooperation.

He said the participants of the conference will review the ongoing war in Afghanistan from the perspectives of Islam and Sharia.