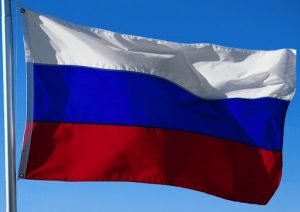 Russia has called on the leaders of the Taliban group to renounce violence and launch an intra-Afghan dialogue to end the ongoing violence in the country.

Maria Zakharova, spokesperson of the Ministry of Foreign Affairs of Russia, told reporters the security situation in Afghanistan remains challenging as the number of terrorist attacks is on the rise in Afghanistan.

Zakharova further added that “Although armed opposition has somewhat scaled back its offensive which is a usual thing for the winter.”

“On January 10 alone, two terrorist attacks were perpetrated in Kabul and two more in the administrative centres of Helmand and Kandahar provinces. According to preliminary reports, nearly 50 people were killed in these attacks and over 90 were injured to a varying extent. It is worth mentioning that terrorists targeted deputies of the Parliament of Afghanistan in Kabul, as well as the ambassador and diplomats of the United Arab Emirates  in Kandahar,” she said.

She said “We resolutely condemn these heinous crimes perpetrated by the terrorists. There can be no justification for them. Our sympathy and support go out to all the victims, to the families of the deceased and to our colleagues, foreign diplomats. We hope that the masterminds and perpetrators of these terrorist attacks will receive the punishment they deserve.”

“We urge the warring parties in Afghanistan, primarily the leaders of the Taliban movement, to renounce violence and to take urgent action to launch intra-Afghan dialogue,” she added.