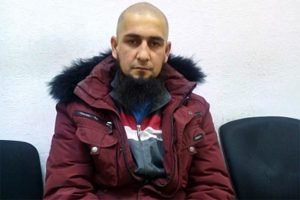 Russia has arrested a suspected associate of Taliban who hails from Tajikistan.

According to a spokesman of the country’s Interior Ministry spokesman, the suspected terrorist was previously placed on Interpol’s wanted list.

Asaladdin Nurov, a 28-year-old Tajik citizen was detained and 10 foreign-language books seized following a search of the flat he had been renting in the Urals city of Yekaterinburg.

Nurov is suspected to have been part of illegal armed formations on the Afghan-Pakistani border, and had been internationally wanted “for a considerable length of time,” Valery Gorelykh told RIA news.

The suspect is reported to have undergone training at a “militant” camp near the Pakistani city of Peshawar in 2009, and had previously studied at an Islamic educational facility in Iran for three years, TASS news agency reported.

According the information released by the ministry, Nurov is could be handed over to Tajik officials.