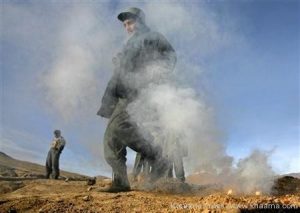 No group including the Taliban militants has so far claimed responsibility behid the incident. Zhwandai blamed anti-government armed militant groups for the incident.

Taliban militants and other insurgent groups frequently use improvised explosive device (IED) as the weapon of their choice to target Afghan and coalition security force, which normally lead to civilian casualties.