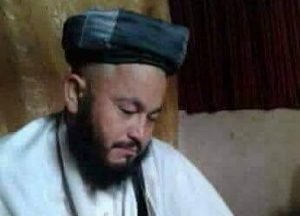 Reports emerging from the northern Faryab province of Afghanistan suggest several honor killings have taken place in this province since the scandal videos of a local Mullah went viral on the internet recently.

The local officials in Faryab have said at least nine women have been killed the past three months amid concerns that the women who have appeared in the videos of Mullah Landay have either been killed or fearing their lives.

Sharifa Azimi, the provincial director of women’s affairs, has told The New York Times that nine women had been killed in the past three months as a result of gender-based violence, compared with four in the same period last year.

“We are concerned that honor killings will increase, that the women suspected of going to him will be killed,” Ms. Azimi said.

Provincial governor Naqibullah Fayeq has also confirmed that several women have killed recently in what appears to be a sharp rise in honor killings.

However, governor Fayeq has said he was not sure and wonders if the recent killings are related to the case of Mullah Landay.

This comes as several videos of Mullah Landay have been published and have gone viral on the internet, purportedly showing the Mullah exploiting the women and sexually abusing them.

In the meantime, efforts are underway for the arrest of Mullah Landay who is on the run and reports indicate that he has so far travelled to Mazar Sharif city, Kabul, and Nimroz provinces.