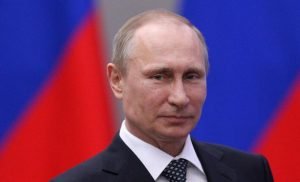 The Russian President Vladimir Putin has reportedly declined Islamabad’s invitation to visit Pakistan amid reports the decision since there were not enough reasons for the proposed visit.

Islamabad had reportedly sent an invitation to Putin to visit Pakistan and inaugurate a key pipeline project, the $2 billion liquefied natural gas (LNG) North-South Pipeline Project from Karachi to Lahore.

According to the officials in Islamabad, the project would have had the potential of opening a new era of strategic and political alliance between the two countries.

The Russian Ambassador Alexey Dedov quoted by local media said “The problem is that usually the purpose of the visit is not participation in ceremonies. The visit should have some substance.”

“As soon as the substance is ready we can discuss the visit,” Dedov said, adding that the substance include “signing of documents” for cooperation, “preparation of plans” for expanding ties, and “declarations”.

According to reports, no Russian or any Soviet president has ever visited Pakistan.

Earlier, President Putin had planned a visit to Islamabad in October 2012 for attending a quadrilateral summit between Pakistan, Russia, Tajikistan, and Afghanistan.

However, the trip was cancelled with the country’s Foreign Minister visiting Islamabad to explain the cancellation.