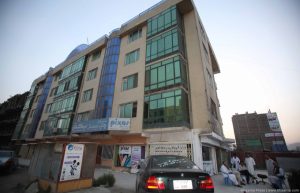 According to reports, one of the two Chinese citizens who went missing following an attack by unknown gunmen in capital Kabul was found during a search operation by Afghan police forces.

The main motive behind the assassination of the Chinese citizens are still unclear, however China’s state-run broadcaster CCTV reported that there were allegations that the Chinese were involved in prostitution, which is prohibited under Afghan law.

The operation was launched after unknown gunmen killed three Chinese citizens including one man and two women along with an Afghan man in Kabul city on Friday.

Embassy of china in Kabul city hours after informing regarding the death of three of it’s citizens and missing of two others said that one of the missing persons had been found and taken to a safe place.

An Afghan official speaking on the condition of anonymity told Xinhua news agency, “Unidentified armed men sneaked into the apartment of the Chinese nationals in Qalai Fatullah area of the 4th police district on Thursday afternoon, killing four people, including three Chinese and their Afghan guard.”