Presidential Palace: Can not confirm or reject Mullah Omar’s death 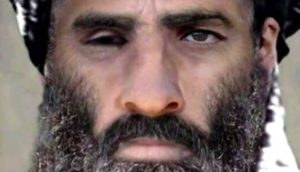 The Presidential Palace officials said Wednesday that reports regarding the death of Mullah Mohammad Omar could not confirmed or rejected as further investigations would be required to ascertain the report.

He said such reports would not suffice and have no credibility insisting that the government will thoroughly investigate the reports.

This comes as earlier reports suggested that sources in Pakistan have confirmed the death of Mullah Mohammad Omar to the Afghan government.

In the meantime, a former minister of the Afghan Taliban who is now a member of the group’s leadership has said on condition of anonymity that Mullah Omar died more than two years before of Tuberculosis.

“Mullah Omar died two years and four months ago owing to Tuberculosis. He has been buried on Afghan side of the border,” the former Taliban minister told Pakistan’s The Express Tribune.

The Afghan Intelligence – National Directorate of Security (NDS) also said in November last year that Mullah Omar has possibly passed away amid reports that the group has divided into three different parts.