President Ghani thanks Mullah Omar for his Eid message 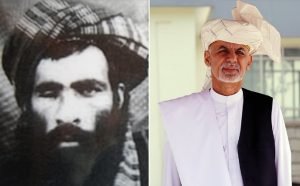 In a brief speech following the Eid prayers, President Ghani said his message on the occasion of Eid is “message of peace and end to bloodshed” as the Afghan nation is in dire need of peace and stability.

President Ghani also added that he thanks Mullah Mohammad Omar for his Eid message, insisting on negotiations to resolve the ongoing conflict.

The statement by Mullah Omar was released on Wednesday which stated “Concurrently with armed Jihad, political endeavors and peaceful pathways for achieving these sacred goals is a legitimate Islamic principle and an integral part of Prophetic politics.”

He said a ‘Political Office’ has been established for political affairs, entrusted with the responsibility of monitoring and conducting all political activities.

The statement by Mullah Omar was followed almost a week after the first round of talks between the Afghan officials and Taliban representatives in Islamabad, the capital city of Pakistan.

In the meantime, President Ghani pledged that the peace process which was initiated by the former President Hamid Karzai will conclude with success under his leadership.