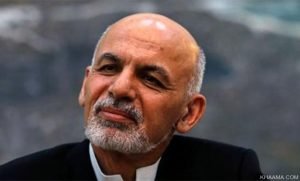 Accompanied by a delegation of high level government officials, President Ghani is expected to hold talks on economic, political and security related issues with the UAE officials.

“During the two-day visit, President Ghani is scheduled to separately meet with UAE Prime Minister and the Emir of Dubai, his Highness Sheikh Mohammed bin Rashid Al-Maktoum and the Crown Prince and the Emir of Abu Dhabi, his Highness Mohammed bin Zayed bin Sultan Al-Nahyan to discuss ways to further enhance and consolidate bilateral relations between Afghanistan and the UAE,” ARG Presidential Palace said following a statement.

The statemetn further added, President will also meet with Emirati businessmen and investors, and Afghans living in the UAE.