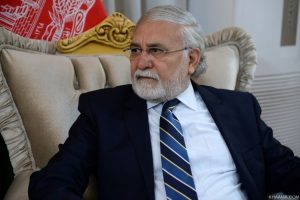 According to reports, the decision by President Ghani was taken following a report indicating rampant violence

The Presidential Palace has not formally confirmed the dismissal of Mr. Wahidi. However, sources privy of the development have said that Mr. Wahidi was dismissed after a delegation presented their report to President Ghani.

Herat is among the relatively volatile provinces in western part of the country where anti-government armed militants are actively operating.

The dismissal of Wahidi as Herat governor comes as President Ghani plans to replace senior government officials in a number of provinces in a bid to bring reforms in the provincial civilian and military institutions amid growing instability due to the Taliban-led insurgency.

According to Presidential Palce officials, President Ghani had also ordered a top-to-bottom review of the military and security strategy of the country, which is expected to complete within six months period which would examine everything from battlefield strategy to the rules of engagement for Afghan security forces.