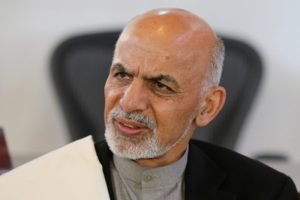 President Mohammad Ashraf Ghani has assigned a commission to investigate the killing of Farkhunda, 27, who was beaten to death and her body set ablaze in Kabul.

President Mohammad Ashraf Ghani has ordered the commission to investigate and send its report to the presidential palace.

President Ghani has also instructed all of the related government agencies to cooperate with the commission and provide necessary support in the time of need.

President Mohammad Ashraf Ghani has also asked the Ministry of Interior to specify the role of the security agencies and present report about the pre-arrangements in preventing such incidents.

Farkhunda was brutally beaten by angry mob and her body was set ablaze during daylight in capital Kabul on Thursday.

The incident has been widely condemned by Human Rights Organizations and civil society activists who have asked government to punish those responsible for the brutal act.

Security agencies have so far arrested 11 suspects in connection to the brutal killing and the case is under further investigation.