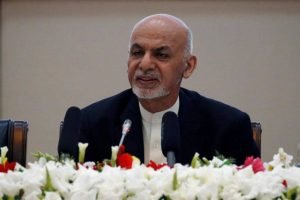 President Mohammad Ashraf Ghani announced a ceasefire in response to a joint declaration issued by hundreds of religious scholars, Ulemas, during a large gathering on Monday.

The Government of the Islamic Republic of Afghanistan announces ceasefire from the 27th of Ramadan until the fifth day of Eid-ul-Fitr following the historic ruling [Fatwa] of the Afghan Ulema, President Ghani said in a statement.

He said the  Fatwa declared that violence and suicide attacks are not only against Islam but also strictly forbidden in our religion. We also welcome the unprecedented fatwa that only the state can declare jihad thereby rendering violent campaign by any group anything but a holy war.

President Ghani further added that the Afghan national defense and security forces will only stop offensive maneuvers against Afghan armed Taliban and will continue to target Daesh and other foreign backed terrorist organizations and their affiliates.

He also added that this ceasefire is an opportunity for Taliban to introspect that their violent campaign is not wining them hearts and minds but further alienating the Afghan people from their cause.

This comes as the religious scholars on Monday called on Taliban group to respond positively to government’s peace offer as they declared the ongoing war and conflict as illegitimate and against Islam.