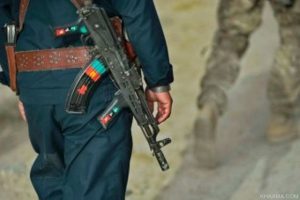 The incident took place around 5:00 pm local time in Nawzad district, with preliminary reports suggesting the district governor and police chief were killed.

According to the local security officials, the incident took place in district governor’s office and the assailant policeman was also killed in crossfire.

The district intelligence chief was also injured along with an Afghan army officer, the officials said.

In the meantime, the provincial governor spokesman Omar Zwak confirmed the incident but did not disclose further information regarding the casualties.

Zwak said an investigation has been launched in connection to the incident.