Protester Women: The Taliban Intervenes Private Affairs of the People Instead of Addressing Economic Issues

Preliminary Data of an Explosion in Kabul: The Explosion Injures Two People

Thomas West Describes the Meeting with Uzbek Officials as “Productive”

Plane with 189 on board crashes after take-off in Indonesia 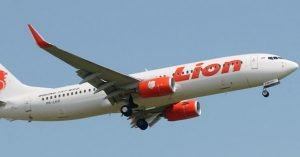 A passenger plane with 189 passengers and crew members on board crashed shortly after take-off in Jakarta, the capital of Indonesia.

The Boeing 737 operated by Lion Air was on its way to Pangkal Pinang from the capital Jakarta when it crashed into sea shortly after take-off.

The head of search and rescue agency of Indonesia Muhammad Syaugi has said they do not yet whether there any survivors.

The main cause of the incident has not been ascertained so far and there are fears that all on board the plane have died.

According to reports, the plane was carrying 189 people, including three children, two pilots, and five cabin crew members.

Australia wants to spend an additional $35 million to protect koalas

Australia will spend a record $50 million Australian ($35 million US) over the next four years to...

Australia to Dismiss 10 Soldiers over Killing of Afghan Locals