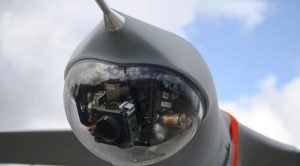 The US Department of Defense, Pentagon, on Monday informed regarding the modification of the contract for the purchase of ScanEagle unmanned aerial vehicles for the Afghan National Defense and Security Forces (ANDSF).

The statement further added “This modification provides for the procurement of 27 ScanEagle unmanned aircraft systems, 37 payloads and spares in support of the government of the Islamic Republic of Afghanistan.  Work will be performed in Bingen, Washington, and is expected to be completed in December 2019.”

This comes as efforts are underway by the Afghan government and the international allies of Afghanistan to boost the capabilities of the Afghan national defense and security forces, specifically the Afghan Air Force.

The coalition forces officials in Afghanistan had earlier said that the size of the Afghan Air Force will be tripled over the next five years with the addition of new equipment and aircraft.

A motorbike bomb exploded near a mosque in Maimana...