Parliamentary election postponed to next year 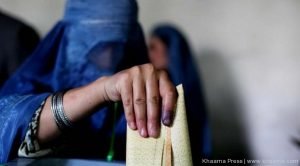 The parliamentary election in Afghanistan has been postponed and will be organized next year, second vice-president Sarwar Danish said Wednesday.

Danish was speaking to lawmakers in the Lower House of the Parliament – Wolesi Jirga on Wednesday while introducing 16 new cabinet picks.

He said the government of national unity is hopeful that a transparent parliament election is conducted next year by incorporating reforms in the electoral system.

According to Danish a committee has been formed and is currently working to bring changes in the system.

The remarks by Danish comes as the 5 year term of the lawmakers is due to expire in mid June this year and the newly elected lawmakers should be sworn in as per the constitution of Afghanistan.

This comes as the presidential election was marred by massive fraud allegations last year which led to the formation of the government of national unity.