Pakistanis among 9 killed in Afghan Air Force raids in Nangarhar 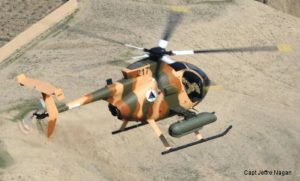 At least 9 Taliban insurgents were killed during airstrikes conducted by the Afghan Air Force in eastern Nangarhar province of Afghanistan.

According to the local officials, the airstrikes were carried out in Khogyani district targeting the militants in Pira Khel, Morgi, and Zhora areas.

The officials further added that five militants were also wounded during the airstrikes and various types of weapons, ammunition and explosives belonging to the Taliban insurgents were destroyed.

A number of the Pakistani militants were also among those killed, the officials said, adding that the local residents and security forces did not suffer any casualties.

According to the officials, the Afghan Air Force started targeting the militants from afternoon on Monday.

Taliban insurgents and militants belonging to the insurgent groups are actively operating a number of the remote districts of Nangarhar province.

The Afghan forces have stepped up counter-terrorism operations against the militant groups amid deteriorating security situation in the country.