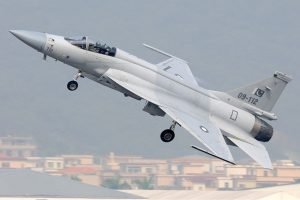 The local officials in eastern Kunar province confirm that the Pakistani planes have conducted an airstrike along the Durand Line in Dangam district of Kunar.

Deputy provincial governor Gul Mohammad Bidar confirmed the airstrike and said a high peak was targeted in the airstrike but no one was hurt in the raid.

Bidar further added that the latest violation by the Pakistani air forces has taken place amid ongoing artillery shelling.

He also added that the provincial government has prepared a report regarding the artillery shelling and airstrike and has been sent to the central government.

A spokesman for the Ministry of Defense (MoD) Gen. Dawlat Waziri had earlier said that the border forces do not need a permission to respond to the incursions.

He said they (border forces) have already been granted permission to act and respond to the artilley shelling in a similar manner.

According to Mosamim, the artillery shells landed in three districts of Kunar including Dangam, Shiltan, and Sarkano districts.

However, another security official says at least five civilians have been wounded during the latest shelling and hundreds more have been force to abandon their homes.