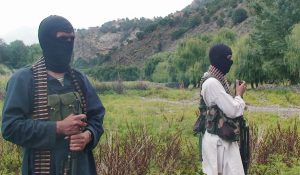 Dozens of insurgents including several Pakistani militia forces were killed during the clashes with the security forces in southeastern Paktia province of Afghanistan.

According to the local security officials, the militants and Pakistani militias were killed during the clashes in Jani Khel district.

Provincial police spokesman Sardar Wali Tabasoom confirmed the report and said more than 50 insurgents were killed during the clashes which started four days ago.

He said at least sixteen Pakistani militia forces are among those killed and at least 25 insurgents were also wounded.

Paktia is located along the Durand Line close to the tribal regions of Pakistan which is home to several Taliban insurgents and the notorious Haqqani terrorist network.

The militants often carry out insurgency activities including coordinated attacks on government and security compounds in this province.

Certain officials said Tuesday that the militants have managed to take the control of the district center of Jani Khel district by launching a major offensive.