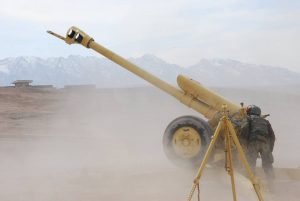 The Ministry of Defense of Afghanistan (MoD) said at least 33 militants including a Pakistani insurgent were killed in the latest air and ground raids of the Afghan National Security Forces.

“In the last 24 hours, as a result of the joint clearance operations of the Afghan security and defense forces aimed to topple down the insurgents and protect the lives and property of people  , 23 armed insurgents were killed, 12 wounded and nine arrested,” according to an MoD operational update.

“Also, due to these joint operations of defense and security forces which were supported by heavy artillery and Air forces, 5 insurgents including a Pakistan nationality were killed,” according to the operational update.

At least 12 others were killed in the Naray District of Kunar, six wounded and four arrested in Shahjoy, Mizan and Qalat, the center of Zabul province, MoD said.

According to MoD, four armed insurgents were killed and four wounded and five suspects were arrested as a result of a separate joint Afghan Defense and Security forces operations in Khas Uruzgan district of Uruzgan province, Dand-e-Ghori of Baghlan, and Khan Abad district of Kunduz.

“Afghan National Army as National Defense Forces for the protection of people‘s lives and properties and for defeating and eradicating terror groups, will fight the enemies vigorously   and are ready to give scarifies for bringing lasting peace and stability to people,” the update added.