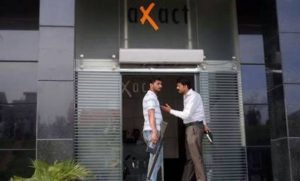 Pakistani media have been going through a frenzy, a New York Times expose alleged Axact an information technology company have been producing fake degrees on a worldwide scale.

The government of Pakistan have initiated their investigation after the allegations and have promised to resolve the issue as soon as possible. The allegation is of a global concern and devalues higher education all together.

Axact, also owns BOL tv network which is enduring criticisms. A few of the top journalists have resigned as a result of the scandal.

Khan further added that Pakistan’s Interior Ministry will also write letters in the coming days to seek assistance from FBI and Interpol regarding the issue.

According to Khan the government is expecting to conclude an initial inquiry into the company Axact within the next 10 days.

One thought on “Pakistan struggling with fake degrees scandal”