Pakistan placed on ‘grey list’ of FATF over terror financing 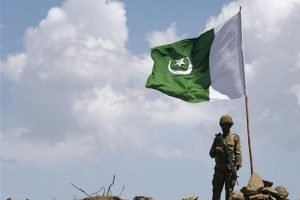 The members of the global watchdog reportedly took the decision during a plenary session going on in Paris to officially place Pakistan on its grey list on Wednesday.

This comes despite the efforts by Pakistani officials to avoid the designation, diplomatic sources claimed.

The Financial Action Task Force (FATF) grey list includes the name of the countries which have failed to take necessary actions against the financial resources of the terror groups.

According to reports, the decision by FATF to put Pakistan on its grey list could result into growing economic issues for the country.

The United States reportedly recommended the inclusion of Pakistan in the grey list of the Financial Action Task Force (FATF), a move which was supported by certain European countries.

The Foreign Minister of Pakistan Khurram Dastagir, in reaction to the recommendation of the United States, had said late last month that Islamabad would reconsider its ties with Washington.

Calling Pakistan as a key non-NATO partner of the United States, Dastagir had warned that the move could have negative consequences on the relations of the two countries.