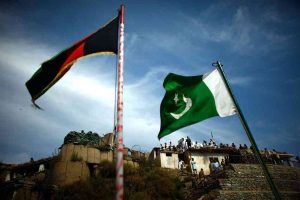 The Pakistani officials have offered condition support to help end the cross-border attacks in Afghanistan by the militants using the Pakistani territory.

The officials have reportedly offered the support during a meeting with the US Secretary of Defense James Mattis during his visit to Islamabad.

A Pakistani official privy of the development has told the local newspaper, Pakistan Today, that Islamabad would only guarantee no attacks from its soil if the US special forces erect a fence along Pakistan-Afghan borders and also repatriates all the Afghan migrants.

“The US policy of whipping Pakistan for every issue it faces should come to an end. We are not ready to be blamed for the failure of the US in Afghanistan anymore,” the official said.

This comes as Islamabad is under pressure to act against the militant groups using the Pakistani soil to carry out attacks in Afghanistan, with Washington demanding particular steps against Haqqani network and the Taliban group leadership.

The Afghan and US officials are saying that the leaders of the two groups continue to reside in Pakistan, have freedom of action, and plan and coordinate attacks in Afghanistan.

The Department of Defense said Tuesday that the Secretary of State during his meeting with the Pakistani officials emphasized on the vital role that Pakistan can play in working with the United States and others to facilitate a peace process in Afghanistan that brings stability and security to the region.

“The Secretary reiterated that Pakistan must redouble its efforts to confront militants and terrorists operating within the country,” Pentagon said.