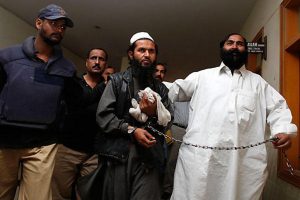 Pakistan has reportedly released the former deputy chief of the Taliban group Mullah Abdul Ghani Baradar from the jail.

Informed sources have told a local media outlet ‘The News’ that Mullah Baradar has been released from jail on the solicitation of the government of Qatar.

Mullah Baradar was captured by security agencies in Karachi in 2010.

This is comes similar reports emerged few years earlier that Mulla Baradar has been released in Pakistan to negotiate with Afghan Taliban.

The Taliban group in Afghanistan has not commented regarding the release of the group’s former co-founder so far.

Mullah Baradar was among the four key people who had helped with the formation of the Taliban group in 1994.