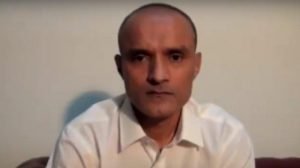 Pakistan’s The Express Tribune reports that the arrests were made based on the information provided by Kulbushan Yadav who was recently detained from Balochistan province on allegation of being a member of RAW.

The media outlet citing officials says that the suspects’ identities could not be revealed at this stage in order not to jeopardise the ongoing operation against RAW people.

“We have briefed the P5 (the five permanent members of the United Nations Security Council) and the European Union on the issue,” the online paper quots Nafees Zakaria, a spokesperson for the country’s Foreign Office as saying.

New Delhi accepts that Yadav is an Indian national but rejects any espionage charges against him saying that he was doing a private business in Iran.