Over 60 militants killed in Badakhshan and Ghazni airstrikes 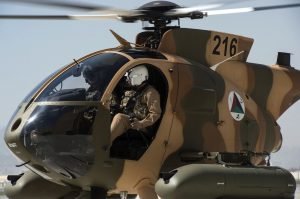 Over 60 Taliban insurgents were killed or wounded in a series of airstrikes in Arghistan district located in northeastern Badakhshan province.  (U.S. Air Force Photo by Staff Sgt. Perry Aston/Released)

The Ministry of Defense (MoD) said at least 50 militants were killed and 12 others were seriously wounded in the raids.

MoD further added that 12 militants were killed and 2 others were wounded in a separate airstrike carried out in Aband district of southeastern Ghazni province.

Both Badakhshan and Ghazni provinces are among the relatively volatile provinces where anti-government armed militant groups are actively operating in a number of its remote districts.

The increased raids by the Afghan forces comes as the Taliban-led insurgency has been rampant since the group announced its spring offensive earlier in April.

The Taliban militants have since then staged numerous coordinated and suicide attacks across the country including capital Kabul as the group’s insurgency has entered to its 15th year.

In the meantime, the Afghan forces launched a counter terrorism operation in response to the annual spring offensive of the Taliban with the security officials claiming that the major attacks as part of Taliban spring offensive have been repulsed and the group has sustained major losses.