Over 100 families displaced in Badakshan province 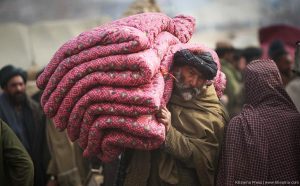 According to local authorities in north-eastern Badakhshan province of Afghanistan  at least 288 families from Akshira village in Wardaj District have been displaced due to fear of Taliban insurgency.

Dawlat Mohammad Khawar, district chief for Wardaj said the number of people who have been forced to leave their homes reaches 2,000.

Mr. Khawar further added, the families have left their homes after Taliban barricaded against Afghan National Army in the villages.

Khawar warned that the Taliban group will cut connection of Eshkashim, Zebak and Shughnan districts with the central city of Badakhshan province if Wardaj district falls into Taliban militants control.

This comes as last week 16 Afghan soldiers were shot and seven others were captured who were later released by Taliban militants.