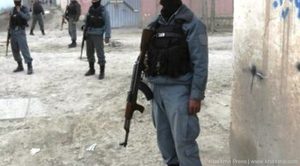 The officials further added that Haji Abdul Haleem was returning from the mosque after evening prayers when the gunmen opened fire on him.

A suspect has been arrested in connection to the assassination of Haji Abdul Haleem, the officials said.

Haji Abdul Haleem was a former commander of Hezb-e-Islami led by Gulbuddin Hekmatyar and was considered to be an effective high peace council member who had managed to encourage numerous Taliban militants to join peace process in Nuristan province.

No group including the Taliban militants has so far claimed responsibility behind the attack.