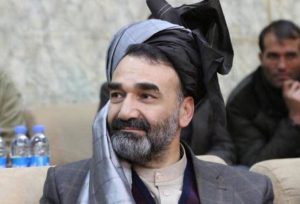 The chief executive of Jamiat-e-Islami Ata Mohammad Noor says he will set a deadline for the widespread uprising if the ongoing talks between Jamiat-e-Islami and the Afghan government fails over the deadlock regarding the Balkh provincial political leadership.

Speaking during a gathering in Mazar-e-Sharif city, Noor warned the government that he and his supporters launch a widespread uprising and civil movements if the talks end without positive outcomes.

Noor harshly criticized the government officials for their failure in ensuring security, preventing expansion of ISIS activities, and corruption.

Insisting that he is standing to ensure political and social justice and ensure the rights of the people, Noor said a deadline will be set for the uprising in coordination with the Jamiat-e-Islami leader if the talks fail.

Tensions remain high between Jamiat-e-Islami and the government after President Mohammad Ashraf Ghani approved the resignation of Ata Mohammad Noor as the Balkh governor.