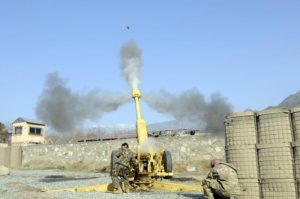 According to the local security officials, the operations are being conducted in various districts where anti-government armed militants are having presence and conduct insurgency activities.

An Afghan army official said at least 40 Taliban insurgents have been killed during the operations so far and around 50 others have sustained injuries.

The Afghan National Security Forces have stepped up counter-terrorism operations as the Taliban-led insurgency has been rampant across the country during the recent months.

Taliban militants continue to their deadly attacks despite efforts to end the ongoing violence through reconciliation process.

Nearly 30 people were killed and over 50 others were wounded in two separate suicide attacks in eastern Kunar and capital Kabul on Saturday.