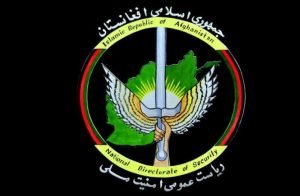 A prominent terrorist who was leading the Jundullah terrorist group in Afghanistan was killed in an airstrike in northern Kunduz province of Afghanistan.

The Afghan Intelligence – National Directorate of Security (NDS) said Abu Hazifa was killed in an airstrike launched in coordination with the intelligence department.

A statement by NDS said the airstrike was carried out in Chahar Darea district around 4:30 pm local time.

The statement further added that Abu Hazifa’s deputy and three other commanders of the terror group were also among those killed in the air raid.

NDS said Abdu Hazifa was one of the prominent terrorist leader who was leading fight against the Afghan security forces in north.

According to NDS, the terror group was involved in the killing of dozens of innocent civilians, particularly in Kunduz province.

This comes as northern Kunduz province has been witnessing growing insurgency activities by the anti-government armed militant groups during the recent months.