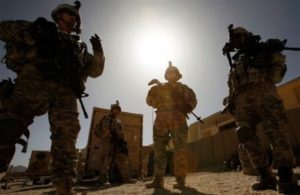 At least three NATO soldiers were killed or wounded in an apparent insider attack in western Herat province of Afghanistan.

The NATO-led Resolute Support Mission in a statement said the incident took place on Monday.

“Two other Resolute Support service members were wounded in the incident. Initial reports indicate the attack was committed by a member of the Afghan security forces,” NATO added in its statement.

No further details were given regarding the identities of the soldiers killed or wounded in the attack.

In the meantime, the Ministry of Defense of Czech Republic has confirmed that one of its soldiers has been killed and two others have sustained injuries in Herat province.

The statement further added that the incident has taken place in Shindand district of Herat province.

The ministry also added that the wounded soldiers have been taken to Bagram hospital and their injuries are not life-threatening.