NATO probing alleged civilian deaths in US airstrike in Kunduz 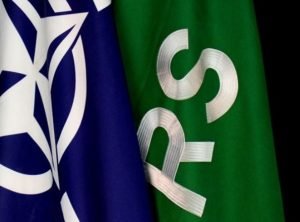 The NATO-led Resolute Support Mission in Afghanistan says an investigation has been launched regarding the alleged civilian casualties in Kunduz airstrike.

“We are aware of allegations regarding the potential for civilian casualties as the result of combined operations in Northern Afghanistan,” a spokesman for the alliance Capt. Tom Gresback said.

He said “We can confirm an operation was conducted in Kunduz province yesterday. Resolute Support takes all allegations of civilian casualties seriously.”

“An investigation of the incident is being conducted. We will release more information as appropriate,” the NATO spokesman added.

This comes as conflicting report emerged regarding the civilian casualties in US airstrike from Kunduz province late on Saturday.

Certain local officials are saying that the militants may have been killed in the airstrike.

However, the provincial council officials are saying that the airstrike led to the civilian deaths only and around 14 people have been killed and 13 others have been wounded.

The statement further added that the former president has called the airstrike a move against the humanity and expressed his strong opposition to raids on Afghan homes and villages that lead to civilian casualties.