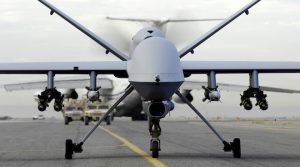 According to reports a NATO-led International Coalition Security Forces drone crashed in southern Helmand province of Afghanistan on Wednesday.

The incident took place in Nava district early Wednesday. This comes as another NATO drone crashed in Pashtun Zarghoon district nearly two weeks back in western Herat province of Afghanistan.

Nawa district is among the volatile region in southern Helman province of Afghanistan where Taliban militants are actively operating and carry out insurgency activities.

The source further added, the leader controlled a group of insurgents responsible for attacks against Afghan and coalition forces and oversaw the transportation of supplies and weapons to insurgents. At the time of his arrest he was involved in planning a suicide attack.

ISAF also said Afghan and coalition officials confirmed that the Taliban leader, Luqman, was arrested during an operation in Shahid-e-Hasas district, Uruzgan province, Dec 6. Lugman controlled a group of insurgents who operated in the district and was directly involved in the acquisition of weapons.