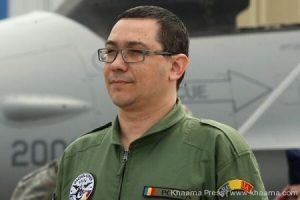 The anti-government armed militants attacked a NATO military base with a rocket in southern Kandahar province of Afghanistan.

The incident took place while the Romanian Prime minister Victor Ponta was visiting the base along with a number of other high level officials.

The Romanian officials including the Romanian Defence Minister Mircea Dusa and Deputy Prime Minister Gabriel Oprea had attended a ceremony marking the start of the pullout of Romanian troops from Afghanistan.

“There was nothing special. I am sorry we didn’t get to sit down longer with our troops. It was a minor incident which gave some color to the event,” Ponta said following the incident.

Around 2,000 Romanian troops are currently stationed in Afghanistan but the number is expected to reduce to 200 troops beyond 2014.

Romania has around 23 soldiers in various incidents, since the beginning of its mission in Afghanistan.