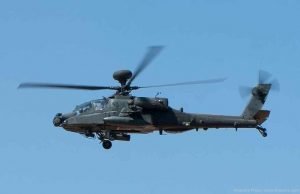 At least three policemen were killed following an airstrike by NATO-led coalition forces in northern Parwan province of Afghanistan.

Provincial governor spokesman, Wahid Sediqi, said a check post of the Afghan Local Police (ALP) forces was targeted in airstrike in Ghorband, leaving three policemen dead and another one injured.

Sediqi further added that the coalition forces had visited the area to provide medical support to the local residents when the incident took place.

He said the coalition forces had mistaken the ALP service members for militants and targeted their check post.

The NATO-led International Security Assistance Force (ISAF) confirmed that an air strike was carried out in Parwan Province on Aug. 15, 2014.  “Right now the incident is under investigation.  Once we gather the facts of exactly what happened and the investigation is complete, we can provide more details,” the alliance said following a statement.

The statement also added, “ISAF remains focused on our mission in Afghanistan.  We will continue to work side-by-side with our Afghan partners to accomplish the mission at hand.   Together, we will ensure the safety of all service members and civilians in Afghanistan as we transfer overall control of security to the Afghan National Security Forces.”