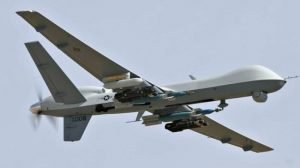 At least two militants were killed following an airstrike by NATO-led coalition forces in eastern Kunar province of Afghanistan.

Gen. Syed Khel confirmed that two militansts were killed following the airstrike and a civilian was also injured.

Kunar is among the volatile provinces in eastern Afghanistan where anti-government armed militant groups including the Taliban militants are actively operating.