A mummified baby woolly Mammoth has been found in North America 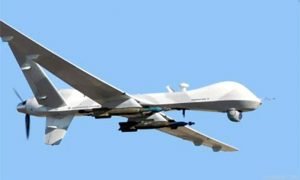 “While performing reconnaissance on an area known to be used by enemy combatants, Coalition aircraft identified militants travelling in an open area. After ensuring they were well clear of any civilians, the aircraft engaged them with precision munitions,” the alliance said following a statement.

This comes as earlier reports suggested at least five civilians were killed following the NATO airstrike in Siyagerd area of Ghorband district.

However, the NATO-led International Security Assistance Force (ISAF) said “ISAF is aware of the allegations that civilian casualties were caused by this strike. We take these allegations seriously and will conduct an investigation.”

In the meantime, a local government official speaking on the condition of anonymity said at least 12 militants were killed in a separate airstrike in Shenwari district.

Parwan is among the relatively volatile provinces in northern Afghanistan where anti-government armed militant groups are actively operating in a number of its districts and frequently carry out insurgency activities.

Taliban’s religious scholar and tribal elders grand gathering, which is to be held tomorrow at...

The Islamic Emirate of Afghanistan’s spokesman Zabihullah Mujahid has announced that the grand...