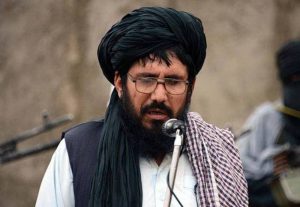 A top dissident Taliban leader and arch rival to Taliban supreme leader has been arrested in Pakistan, days after he favored talks with the Afghan government, provided that Mullah Akhtar is not available in the talks.

Mullah Rasool appeared to have a moderate thinking towards the reconciliation process but was strongly opposing with Mullah Mansoor’s appointment as Taliban supreme leader and his participation in peace talks under Mansoor’s leadership.

In an interview around a week ago, Mullah Rasool called the efforts to revive talks between Afghan government and Taliban group ‘Pakistani dictated’.

Rasool had also favored the inclusion of neighboring Iran in the Afghan reconciliation process, saying the quadrilateral approach (involving US, Chinese, Pakistani and Afghan diplomats working together to re-launch negotiations with the Taliban) does not sufficiently represent the variety of regional interests.