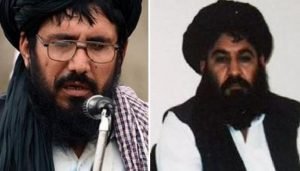 The dissident Taliban leader Mullah Rasool has said he will not participate in peace talks with the government which is led by the Taliban supreme leader Mullah Akhtar Mansoor.

In an interview with the UK-based Royal United Services Institute (RUSI), Mullah Rasool has said he is not opposed to reconciliation in principle, insisting that he opposes with Mansoor’s hegemony over the process as far as the Taliban are concerned.

Rasool further added that he will not sit in the same reconciliation meetings with Mansoor, whose claim to leadership he considers spurious, nor will he start a separate reconciliation track.

He said he will negotiate only when Mansoor abandons plans for reconciliation or is excluded from them.

Meanwhile, Rasool favoured the inclusion of neighboring Iran in the Afghan reconciliation process, saying the quadrilateral approach (involving US, Chinese, Pakistani and Afghan diplomats working together to re-launch negotiations with the Taliban) does not sufficiently represent the variety of regional interests.

He said excluding Iran, in particular, will in his view result in the failure of reconciliation efforts.

The remarks by Mullah Rasool comes as the Afghan government was expecting to start face to face talks with the Taliban group at the first week of this month following the conclusion of the Quadrilateral Coordination Group (QCG) meeting last month where calls were made for direct talks.

However, the Taliban group rejected to participate in the talks and once again reiterated the group’s preconditions for the revival of peace process.