Mullah Omar was mysteriously killed in a hospital in Karachi city: NDS 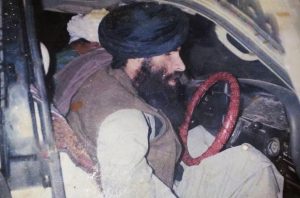 The Afghan Intelligence – National Directorate of Security (NDS) has said the Taliban supreme leader Mullah Mohammad was mysteriously killed in a hospital in Karachi city of Pakistan.

A statement was issued by NDS earlier tonight and strictly prohibited participation in any gathering aimed at mourning the death of Mullah Omar.

The statement further added that Mullah Omar was killed in the month of April 2013 in a hospital in Karachi city.

NDS said Mullah Omar played a key role in ongoing war and violence in the country by establishing the Taliban group which resulted in death of thousands of innocent Afghan people.

The statement by NDS also added that participation in gatherings mourning Mullah Omar’s death and other gatherings aimed at spreading propagandas in favor of Mullah Omar would be a major misery against thousands of innocent Afghans who have lost their lives.