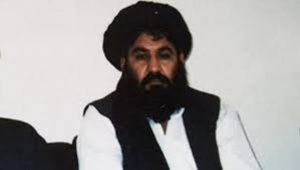 Mullah Akhtar Mohammad Mansour, the Supreme Leader of Taliban, likely has sustained serious injuries or killed in a gun battle.

Sultan Faizy, spokesman for the first-Vice President Abdul Rashid Dostum said the Supreme Leader of Taliban sustained injuries after another commander of the militant group namely Mullah Abdullah Sarhadi opened fire on him in Kuchlakh area which is 25 kilometers from Quetta, capital of Pakistan’s Baluchistan province.

He said Mullah Akhtar Mansour has been admitted to hospital, adding that five people including Mullah Abdullah Sarhadi were killed in the clash.

Meanwhile, the dissident group of Taliban being led by Mullah Mohammad Rasoul claims that Mullah Akhtar Mansour has been killed.

A commander of Mullah Rasoul’s group has told media that Mullah Akhtar Mansour and his men were killed after their friends opened fire at them during a gathering on Tuesday night.

However, Taliban spokesman rejects the claim.

Mujahid has told media that no clash has taken place and Taliban are ready to present evidences to proof the report as baseless.

Mullah Akhtar Mohammad Mansour was appointed as the Supreme Leader of Taliban after the death of Mullah Mohammad Omar was confirmed in July.

But the election sparked split within the militant group. Now there are mainly two groups of Taliban, one following Mullah Akhtar Mansour while the other one supports Mullah Mohammad Rasoul.

One thought on “Mullah Akhtar Mansour likely wounded in clash”