Moscow welcomes briefing by US to the UNSC regarding Afghanistan 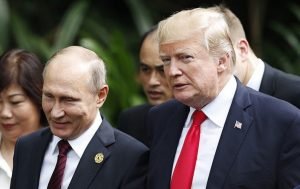 Moscow has welcomed the recent remarks delivered by the US national security adviser Herbert McMaster during a briefing to the UN Security Council regarding the situation of Afghanistan, it has been reported.

Russia’s Permanent Representative to the United Nations Vasily Nebenzya said on Tuesday that McMaster had a meeting with the Security Council members on January 10. “He briefed us on Afghanistan, which was very useful,” the Russian diplomat quoted by TASS News said.

He also added “He mentioned that it is necessary for Russia and US to cooperate on Afghanistan, which is an issue we can establish cooperation in.”

“I fully agreed, saying that President Putin thanked Americans for presence in Afghanistan and their efforts during his annual press conference in December, and stressed the need to cooperate regarding the issue,” Nebenzya said following the meeting with McMaster.

“Indeed, it [the situation with terrorist threat in Afghanistan] has worsened, it is true, it keeps deteriorating,” Putin told a meeting with the parliamentary leadership late in December.

“But if the US were not there, it would probably be worse,” Putin was quoted as saying in a report by TASS News Agency. “Russia and the US “have complex relationship, but we must approach the subject objectively,” Putin said.