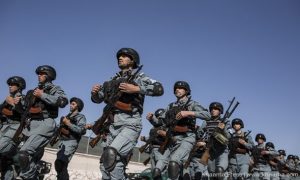 At least 31 Taliban militants were killed and 11 others were injured following military operations by Afghan national security forces in the past 24 hours.

The Ministry of Interior (MoI), said “In past 24 hours, Afghan National Police conducted several anti-terrorism joint operations with Afghan National Army and NDS to clean some of the areas from terrorists and enemies of peace and stability of Afghanistan.”

The statement further added “The operations were conducted in Baghlan, Logar, Maidan Wardak, Paktika and Helmand provinces, as a result 31 armed Taliban members were killed and 11 others were wounded.”

The statement also added that the Afghan National Police discovered and defused 11 different types of IEDs placed by enemies of Afghanistan for destructive activities in Nimroz, Ghor, Paktika, Khost, Uruzgan and Nangarhar provinces.