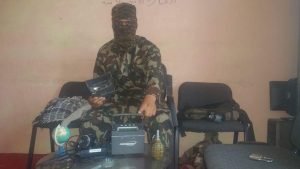 The Ministry of Defense of Afghanistan (MoD) conducted an investigation following Taliban’s claims regarding their access to the sophisticated biometric system.

A commission was instructed to investigate the claims by the Taliban militants regarding their access to biometric system and review of the biometric system in the Ministry of Defense, MoD said.

According to a statement by MoD, the commission rejected the Taliban claims as baseless after concluding their investigation, saying the enemies of the country are exaggerating regarding the access to the system.

MoD further added that the biometric system is centralized in the Ministry of Defense and is not even available in the units and Corps of the Afghan National Army.

The statement by MoD said the system is well protected and can only be accessed with a specific code which the reliable security officials have access to only.

According to MoD, the Taliban claims and pictures released by Taliban are not authentic and the kits displayed by the group are ‘Jam kit’ which are useless and can not be used to access the information available in the biometric system.

The issue of Taliban’s access to biometric system was revealed following the abduction of at least 185 passengers in northern Kunduz province last month.

According to reports, the Taliban militants used the system to identify the security personnel among the abducted passengers.

The Taliban militants released majority of the passengers shortly after they were abducted but kept several hostages after charging them for working with the security institutions of the country.