Militants kill female doctor with her husband in Ghazni 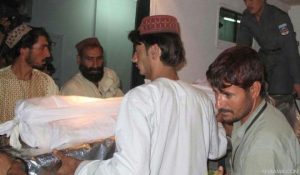 The provincial public health chief Zia Gul Asphandi said the gunmen stormed into the house of Dr. Belqis and shot dead her along with her husband.

Asphandi said the main motive behind the assassination of Dr. Belqis and her husband is not clear so far.

According to Asphandi, the assailant militants managed to flee the area following the attack.

Ghazni is among the volatile provinces in eastern Afghanistan where anti-government armed militant groups are actively operating and frequently carry out insurgency activities.