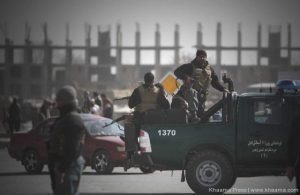 According to local authorities in eastern Nangarhar province at least five Afghan police officers were killed and four others were injured following coordinated attacks by Taliban militants on a compound of quick reaction forces in this province.

Provincial security chief Sharifullah Amin said the attack was carried out by 8 Taliban suicide bombers around 4 am local time.

He said all the five suicide bombers were shot dead by Afghan police forces during the gun battle and five Afgahn police officers were also killed.

There are no reports regarding civilian casualties.